Mohan Singh was earlier a Captain in the Punjab Batallion of British Indian Army fighting in Malaya. He was a Prisoner of War, captured by Japanese after his unit 1/14 Punjab Regiment was uprooted and destroyed by the Japanese at Jitra.

In December 1941, at a meeting of General Fujimara of Japan with Mohan Singh and Pritam Singh (a Ghadar party operative) , the idea of INA was firmed up.

On 17 February 1942, after the fall of Singapore to the Japanese; Fujimora and Mohan Singh addressed the defeated Indian Batallions (1/14 Punjab and 5/14 Punjab). General Fujimora invited the troops seated at a park to join an army for liberation of India. Further, he told the troops, they were going to be treated not as PoWs, but as friends and allies. Fujiwara ended his speech stating he is passing on their responsibilities and command to Mohan Singh.

Mohan Singh asked the crowd to raise their hands if they would like to volunteer to join the liberation army. He recounted in his memoirs “Soldiers’ Contribution to Indian Independence”(1974): “There was a spontaneous response from all the soldiers. Along with the raising of hands, thousands of turbans and caps were hurled up in the air… soldiers jumped to their feet… with prolonged shouts of ‘Inqilab Zindabad’ (Long Live Revolution).”[1]

Mohan Singh declared the intention to create an Azad Hind Fauz or an Indian National Army and asked for volunteers to join the army. His speech was rousing and inspiring and it is estimated that out of around 45,000 POWs present there at that moment more than half joined Mohan Singh.

The First Division of INA comprised almost 16,000 men. The INA was further to be organised in 12 battalions of 650 troops each, organised into 4 regiments of 2000 men each. Battalion and regimental commanders were appointed on 5 September 1942, and assumed their commands on the 8th and 9 September. Later it was jointly reviewed by Rash Behari and Mohan Singh. 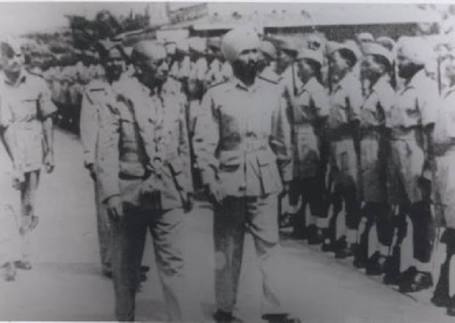 The INA under General Mohan Singh conducted several espionage and subversive activities against the British Army and constantly recruited Indian soldiers from the British regiments. It trained people regularly and had an operational chain of command. However, in line with the Bidadary Resolution refused to provide Indian troops to serve under Japanese officers; due to which major disagreements happened and in December 1942, Mohan Singh was arrested by the Japanese military police and sent to Jail. Support of Japanese to INA was withdrawn.

After arrest of General Mohan Singh; Ras Behari Bose as leader of the Indian Independence League did his best between December 1942 and February 1943, to hold the INA together. On 15 February 1943, the Army was put under the command of Lt. Col. Kiani.

Under an agreement of Japanese with Hitler’s Germany; the ex-president of Congress Party with a significant following – Subhash Chandra Bose – was sent from Germany to Singapore to take charge of the Indian National Army from Ras Behari Bose. Mohan Singh was called to address the first session of this new army but could not be re-instated in line with the instructions of the Japanese. 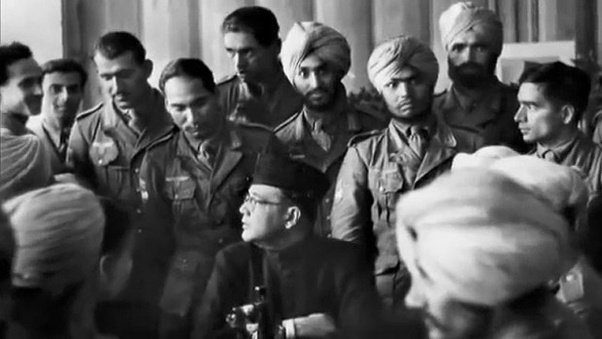 The ready-made; well trained, well structured INA was put under the command of Subhash Chandra Bose. Rest is History as they say; we all know the rest, Subhash Bose was the best.